Marina Stefano, 19, is a medical esthetician who has something to prove.  Marina is the daughter of Pennsylvania’s Senator Patrick Stefano.  Not unlike other young adults whose parents are public figures, Marina is passionate about carving her own path in life and stepping out from the shadow of her newly famous Senator father.  Marina’s goal is to build her own successful medical aesthetics brand to become the “go to girl” for the anti aging needs of Pennsylvanians. 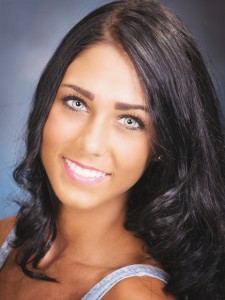 Marina Stefano Builds Own Brand As a Medical Esthetician

Marina’s first step toward making a name for herself was competing and winning the Coal Pageant in 2013 with her charm and rendition of the Bye Bye Birdie musical.  Marina is thankful her parents raised her with solid values, compassion, and a strong work ethic.  While she didn’t have the desire to go to college and find a traditional job to pay the bills, she has a passion for beauty.  Her pursuit of becoming a medical esthetician has paved the way to a very bright future.

Stories like Marina’s are not always very common or expected.  We are often conditioned to believe the children of successful parents are born with a silver spoon in their mouths.  We assume they have feelings of entitlement and don’t have the grit to strive to create their own career path.  Marina is the exact opposite of this.  She never felt like she was born with a silver spoon, and her passion for beauty has moved her to boldly pursue a career as a medical esthetician.  Rather than follow a traditional path in the political footsteps of her family, this determined young women is boldly pursuing her passion for beauty and playing by her own set of rules.

Marina wants to be her own person, building her own brand not on the foundation of being a senator’s daughter, but on her own merit.  It’s really a powerful paradigm shift:  Rather than Marina hearing, “Aren’t you Senator Stefano’s daughter?” she hopes to hear people say,  “Hey look over there! Isn’t that  ‘Laser Girl’ Marina Stefano walking with that senator guy?”

Marina took a leap of faith in the right direction to pursue her passion.  She took action and came to Scottsdale, Arizona to National Laser Institute to enroll in the Comprehensive Aesthetic Laser Training Course to become a medical esthetician.  Her choice to jump in feet first is a big step toward her future success. Marina graduated from National Laser Institute in August 2015.  She is on the fast track to success and she has already partnered with Excursions Spa.

“Medical aesthetics is my calling.  I am beyond passionate about building people’s self-esteem with aesthetic laser anti aging treatments and I am partnering with the newly converted once day spa to state of the art medspa, Excursions in Connellsville, Pennsylvania.” says Marina.

National Laser Institute is the leading medical aesthetics school in the nation.