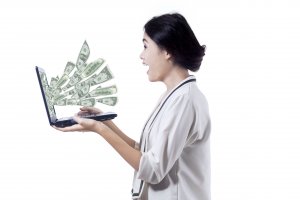 Body Contouring Wages in the Scottsdale area have been on the rise for some time now. But what does that mean for you? Whether you’re a practicing physician, or a preparing student, you should be taking sculpting seriously. The potential impact it could have, both on a personal and business level is huge.

It would be worth your time knowing where Body Contouring came from. Physicians may already have this tech in their office, and that’s fine. But prospective students should, at the very least, have an idea of where it came from.

Coolsculpting is really nothing new. In fact, it was invented over 10 years ago by a company originally called “Juniper Medical Systems”. In 2007, the company changed their name Zeltiq and later raised enough to go public in 2011. Furthermore, it’s also worth noting that Zeltiq is a subsidiary of Allergan, a major player in medical aesthetics.

You may get a few looks when you start talking about freezing fat. Fat-loss is a tricky topic that has been muddied further back a lack of knowledge and fad diets. However, once you know the roots of Coolsculpting, everything will start to make sense.

Coolsculpting is a medical device that was first approved by the FDA back in 2010. Coolsculpting works by pulling sections of skin between two paddles, allowing it to cool below freezing.

Now a day, it has a much broader range of uses. For example, bulges of fat on the abdomen are treated to give shape and a thinner appearance. Additionally, Coolsculpting is also used on the face and chin, and tough to treat areas of the back. This is also why body contouring is also referred to as body sculpting.

Body Contouring/Coolsculpting is used all over the world today. Health Canada and the European Union both approved the treatment, along with 46 other countries. Because sculpting is non-invasive, it has a much larger appeal. And, because it has such a wide range of potential uses, using it off-label quite common.

Coolsculpting is unique in that, it allows patients to resume their regular activities shortly after treatment. For you, that means in most cases clients can hit the gym the day after an appointment.

Above all, this means that you’ll be able to treat more people everyday. In turn, you’ll see more clients throughout the week, and revenue will increase as a result.

In Scottsdale, Body Contouring Wages are impressive. Paysa reports average wages deep into the 80k dollar range, with top earners making 100k+. And, Scottsdale, aka the Hollywood of Arizona is sure to push the top of that scale.

For comparison, a recreation leader working in Scottsdale makes $16.95+/hour, and a Library manager averages $69,574/year. Those numbers alone should bring some solace to anyone seeking a new career. Similarly, an assistant working in the a Scottsdale library can make $20.18/hour, and an Aide $15.80!

Laser technicians looking for work after schooling will be happy to hear that Phoenix area is littered with Spa’s and special practices. Scottsdale is no exception. Every road you travel down seems to have a new Spa that just opened. Subsequently, there’s more job opportunity for techs than anywhere else in the state of Arizona.

How Do I Start Coolsculpting?

If you live in Scottsdale, and want to get in on the juicy Body Contouring Wages, there’s a few things you can do.

First, as with other professions, you’ll need a certification. However unlike other careers, an education in lasers seems to be far more approachable. The only real requirements are a G.E.D and being 18+ years old.

Secondly, you’ll want to find a school with enough industry experience to help you in the long run. NLI has 17+ years in the field of aesthetics, and will be able to assist you after your training is complete.

Thirdly, we always suggest finding a school that respects your personal life. That means understanding what you have going on at home, and realizing that a 5pm evening class may not work.

Thankfully, NLI has done everything they could to bring all of the above to you. Even through these tough times, they have increased their focus on virtual classes. As a result, they’ve made access to laser certification easier than ever before.

In regards to Body Contouring Wages and jobs in Scottsdale, you can also check out our aesthetician FAQ’s

During our Hybrid* Online Comprehensive Laser Course you will receive online classroom laser training with a variety of instructors and live demonstrations with several hours on each modality. Then choose one of our nationwide locations to attend your clinicals for hands-on learning!