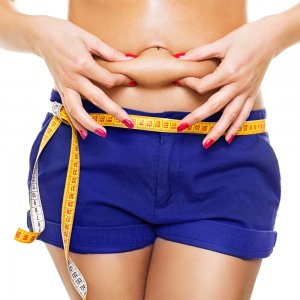 Many of us know what it’s like: We diet. We exercise. We drink copious amounts of water and triple the number of our sit-ups. But still: Sometimes, we just can’t get rid of that extra fat that we’ve gained as we’ve aged, or had a baby, or maybe taken on a more sedentary job. It’s frustrating! And until fairly recently, there weren’t many options when dealing with stubborn, unwanted fat—we could either get liposuction (both expensive and at least minimally invasive, depending on the type) or simply learn to live with it. But now, there’s CoolSculpting: Medical aestheticians or laser technicians who have obtained CoolSculpting training and can now offer CoolSculpting to their clients are seeing impressive results and up to 95 percent client satisfaction—and it all started with a popsicle. Yes, a popsicle.

You see, some years ago, a couple of Harvard scientists happened to notice that children eating popsicles sometimes got “dimples” in their cheeks. Yes, the dimples were totally irresistible; but the scientists also began to realize that the frozen treats were actually freezing and eliminating small pockets of fat. Surrounding tissue and skin was not damaged; only the fat cells. This is the concept behind CoolSculpting.

CoolSculpting is the only FDA-cleared, nonsurgical fat reduction treatment that uses freezing technology to eliminate stubborn areas of fat. Utilizing the process technically known as apoptosis (selective fat cell destruction), CoolSculpting has the ability to target smaller areas of fat such as the abdomen, love handles, muffin top, inner and outer thighs, back of bra fat, above and below the derriere, knees, upper arms, double chin and more—often the areas that refuse to budge with weight loss, no matter how “clean” the diet or how much exercise is being done. By freezing areas of fat beneath the skin (cryoprotective barriers actually prevent the skin itself from freezing), apoptosis is induced and fat cells, once destroyed, are eliminated from the body through the lymphatic system. Best of all, CoolSculpting requires no anesthesia, no incisions, no injections and no downtime.

CoolSculpting is one of several recent advances in nonsurgical body contouring, all of which are increasingly in demand by a growing demographic of people wanting to look and feel their best without the expense, hassle and risks of traditional plastic surgery such as liposuction. In fact, the number of nonsurgical fat reduction procedures has increased by approximately 42 percent in just the past two years. But what’s truly remarkable about CoolSculpting isn’t limited to its already impressive ability to target unwanted fatty areas; this technology also stimulates new collagen and elastin fiber generation over a period of time, which can improve overall aesthetic results (tone, texture, etc.) significantly. Even liposuction, though it remains the gold standard for large amounts of fat removal, can’t claim to tone and tighten skin.

Is there any downside to CoolSculpting? Not really. The number of treatments required really depends on the individual client and the number and size or fatty areas to be treated. While the client may feel intense cold in treatment areas during treatment, the feeling typically subsides in five to ten minutes as the area begins to numb. Applicators use a strong vacuum to draw fatty tissues into the applicator cup, so clients may also experience tugging, pulling and or mild pinching during treatment, along with some temporary pinkness or redness, mild bruising and tenderness afterwards.

For more information on CoolSculpting training (beginning September 2016) at National Laser Institute, or any of our nonsurgical body contouring courses for future laser technicians or medical professionals, please click here or call us today at 800-982-6817.