“Hey, I’m Louis The Laser Guy, and welcome to my podcast, ‘Pursue Your Passion.’ Join me on my journey as we discover how estheticians, nurses, physicians, and complete career changers are living their passion in this booming billion-dollar medical aesthetics industry.”

As well as that, Louis goes on to state that the medical aesthetics industry is at $16 billion dollars annually with expectations to hit 30 billion dollars in nine years. With this in mind, Louis explains, “In 2030, there is going to be $30 billion dollars a year spent by consumers in medical settings. Things like Botox, fillers, laser hair removal, photofacials, and Coolsculpting.”

In addition, in this podcast, “Pursue Your Passion,” Louis joins Amy and Cassidy who are both laser technicians in Syracuse, New York. As well as that, they work at the same location in a medspa named, “MedSpa Solutions.” 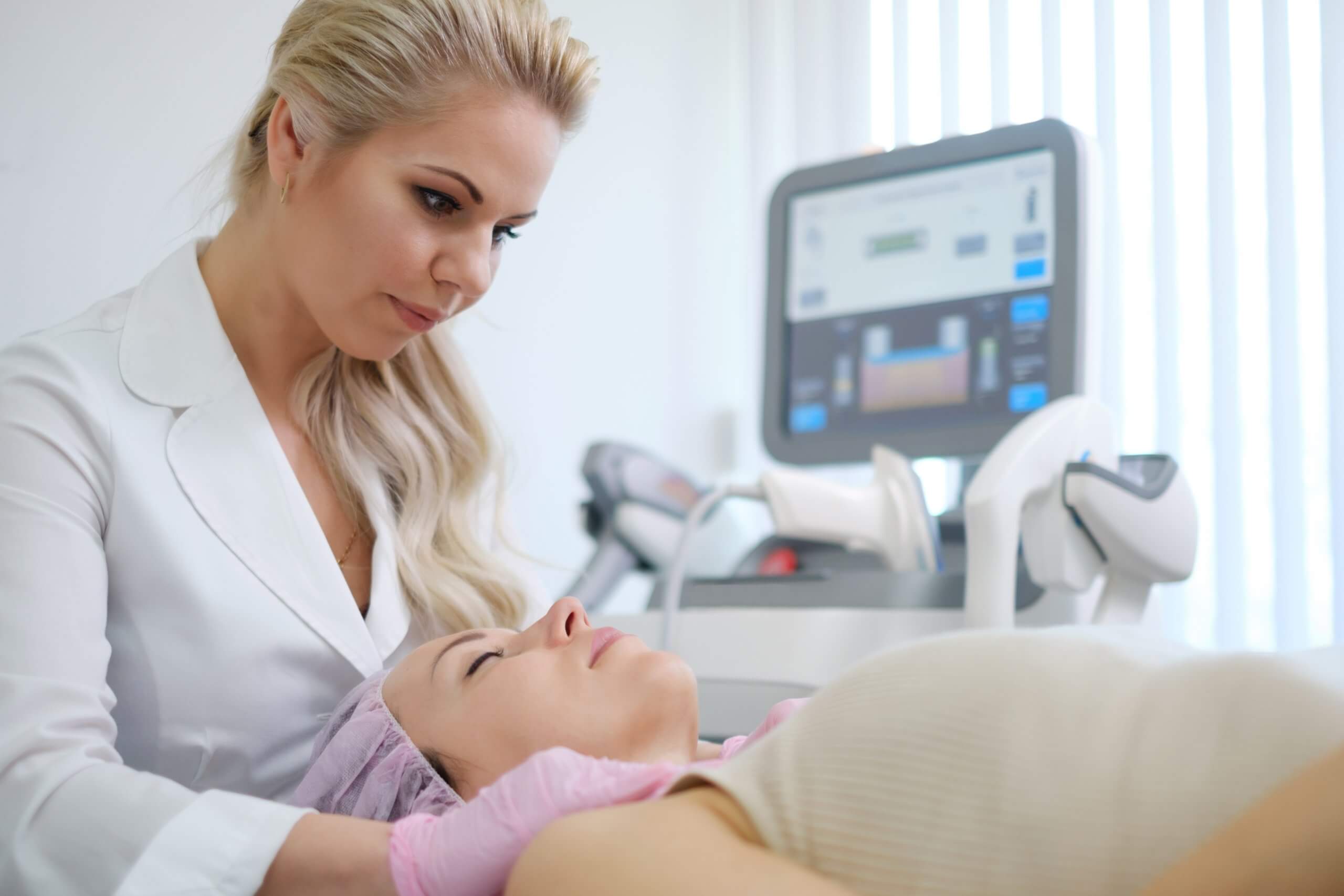 First, Louis begins by asking Amy where she got her start in the medical aesthetics field and learns that she changed careers to get to where she is. Moreover, Amy started out with a degree in business management. What actually inspired her to get a medical aesthetician job in the field, was her mother. To clarify, Amy’s mother worked as a Registered Nurse and decided to look into becoming an aesthetic injector, as well as a laser technician.

Amy’s Work as a Laser Technician

Louis asks Amy about her role at Medspa Solutions. Amy replies that she is the lead laser technician at their location. As well as that, she assists in overseeing the company’s other two medspa locations. While working in the medspa, Amy works with laser skin tightening and Intense Pulsed Light IPL lasers. In addition, Amy provides rosacea treatments and spider vein treatments.

In continuation, Louis asks Amy, “So for people out there that are checking out this industry in medical settings…they have nothing to do with health and beauty…do you feel that they could learn this skill set, even if they have no health and beauty background?” Amy replies, “Absolutely. I had zero knowledge of medical aesthetics and when I went, I felt like I was trained at such a high level…when I came out, not only did I understand the industry, but I was helping to teach other people.”

In addition, Amy stated that she had a good experience with her instructors because she was able to make lifelong connections. Amy goes on to say, “They were there to remind me, you know, firm up some things that I may not have totally understood.”

“I had zero knowledge of medical aesthetics and when I went, I felt like I was trained at such a high level…when I came out, not only did I understand the industry, but I was helping to teach other people.”

Amy goes on to say that the class highlights the importance of understanding laser devices and technology. For example, National Laser Institute goes into the science behind laser technology, laser safety, and the mechanics behind the device. To continue, Amy states, “I feel…anybody just picking up a device and trying to fire it…you’re not understanding the reason why, so you’re not going to have optimal results.” With National Laser Institute’s gold standard of excellence in education, Amy points out that it really stands apart from any other.

Louis then asks about Cassidy’s background before attending National Laser Institute. Cassidy started her career in the beauty industry by attending cosmetology school. Where Cassidy originally wanted to do hair, she found a passion ignited through her education. With this in mind, Cassidy’s teachers had instilled an interest in medical aesthetics in general within her. Moreover, Cassidy stated,

“I want to focus on aesthetics…I want to learn about skincare. I want to make people feel confident in their own skin. That’s why I’m here.”

Another benefit of working in the medical aesthetic industry is that you get the opportunity to make clients feel the most confident in their own skin. Different people come to medspas for a variety of different reasons. Oftentimes, people want to restore some lost confidence and enhance their features in their own desired fashion. Medical aesthetics are a welcoming way that clients can connect with their laser technicians to achieve their desired results.

Next, Louis asks Cassidy what kind of treatments she performs at Medspa Solutions. To describe, Cassidy works with microneedling, Intense Pulsed Light IPL technology, laser hair removal, and body contouring. Furthermore, Louis continues on to ask Cassidy how she felt going into a medical aesthetics job from a beauty background. In response, Cassidy stated that,

“I think that the medical aesthetic field, in general, is a growing field. It’s never going to stop. You can only learn more and extending your education anywhere is never going to hurt you. It’s only going to help you.”

While Cassidy and Amy were working in the same location, they discovered that they had both attended National Laser Institute. Cassidy remarked, “Seriously, when we found out that we both went to National Laser, it was like two peas in a pod…and then we just raved about it.”

In continuation, Amy describes how when her company saw a, “resume come across their desk that says National Laser…we like that training. We would absolutely love to hire somebody specifically with that background. Important to note, Medspa Solutions employs another graduate of National Laser Institute named Stephanie! Louis learns that Stephanie is a Registered Nurse who performs IV intravenous therapy, IM intramuscular vitamin injections, Botox, and fillers.

To finish, Louis says, “So either you’re currently in the aesthetic and beauty business, or thinking about jumping in, did you know the fastest way to grow any aesthetic or beauty business is with social media, Instagram, and Facebook. Follow us at @asklouology and receive free complimentary daily marketing tips and tricks to grow your business and soar on social media. Are you interested in learning more about the medical aesthetics industry? Feel free to visit us online at nationallaserinstitute.com or connect with us on Facebook or Instagram.”

“Finding your purpose isn’t only about making great money, it’s about so much more. It’s about tapping into your passions and chasing your dreams.” – Louis Silberman CEO”