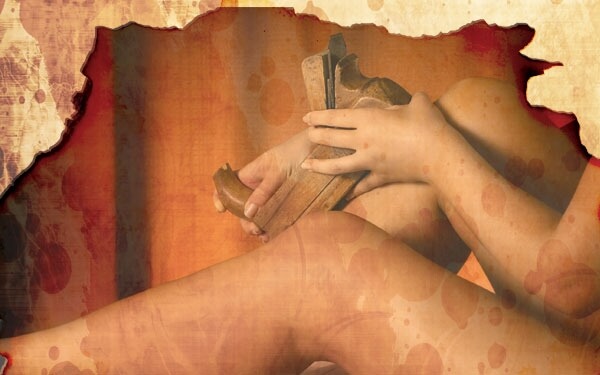 The pursuit of “hairless happiness” has been in existence long before the earliest days of recorded history. With no real scientific understanding of the skin and body, these old-world aestheticians practiced often-disastrous methods of trial and error using untested ingredients from the toxic to the bizarre. Far removed from its humble early beginnings, the beauty industry of today now finds itself revolutionized by a cosmic array of next-generation medical and aesthetic technologies that are rewriting how we dare to go bare.

No advancement has made more of an impression on the hair removal industry than the cosmetic laser.

When the FDA approved the first melanin-targeting laser in 1998, effective laser hair removal made its debut appearance and exponentially increased in popularity over the years. Laser hair removal is now the number one most requested treatment by consumers seeking services from aestheticians, beating out chemical peels, microdermabrasion, and other traditional aesthetic treatments. According to the American Society for Aesthetic Plastic Surgery, over 1.3 million laser hair removal treatments were performed in 2008, a number that is projected to greatly increase in the coming years.

The Meaning of Hair

To most, body hair is nothing more than a nuisance, but history shows us that hair, or the lack thereof, was an important aspect of one’s status, social position, and religious expression. In ancient Egypt, men and women removed all hair from their bodies except for their eyebrows. Wigs became exceptionally popular, representing esteemed status in their communities. The best wigs were made of human hair, usually worn by the upper class. Lower classes wore wigs of vegetable fiber, which was intertwined with human hair depending on their level of wealth. The display of hairpieces was thought to be so important that wigs were often buried in tombs alongside their owners for their transition to the afterlife.

Alexander the Great made his own contribution to the trend of hair removal by requiring all the men in his army to have clean-shaven faces and shortly cropped hair. This prevented enemies from grabbing their locks during combat, and reduced the risk of infestation by disease-carrying ticks and lice. This 4th century B.C. tradition was so effective, that it is still practiced by today’s military.

In the Middle Ages, it was rather common for women to pluck and shave every hair on their eyebrows and necks. This eventually led to the trend of women having very high and clean-shaven foreheads. Queen Elizabeth was one of the first notable figures in history to make this fashion statement famous. The high social status associated with this look was so desirable at the time that some parents from this period applied walnut oil to their children’s foreheads, in hopes of preventing hair growth. While these practices may seem odd, they all served to create a look that was desirable at the time. Fast-forward towards the new world, and things have not changed much at all.

By the early 1900s, society’s view on hair had evolved as fashion transitioned from the prim and proper Victorian era to that of the roaring 20s – and the more skin shown, the merrier. Thanks to some of the country’s first magazines devoted to the female gender, like Harper’s Bazaar, women were exposed to a new image of what they should look like. Neatly shaved underarms and legs became the order of the day as the latest in ultra-fashion and ultra-femininity.

The History of Hair Removal
The First Razor Blade

Shaving today brings visions of fruit scented shaving creams and knick-free multi-bladed razors. However, becoming hairless by way of handheld objects did not always paint the prettiest picture. In its most ancient form, men and women shaved using sharpened flint stone implements dating as far back as 30,000 B.C. This crude method of hair removal often scraped off as much skin as it did hair.

Shaving did not reach its golden age until the early 1900s when King Camp Gillette introduced the famous Gillette Disposable Safety Razor. Thanks to mass production, this first line of safety razors officially ushered in a new era of clean-shaven men.

Hair Removal Creams
In every beauty aisle, we can always count on an entire section devoted to depilatory creams. These products depend on good old-fashioned chemical reactions to break down the disulfide bonds in keratin to weaken hair to the point of simply wiping it away. Evidence of depilatory concoctions dates back to 4000 B.C., often made from combinations of arsenic and quicklime – chemicals we now know to be extremely poisonous. In spite of temporary results, typically foul odors and risk of skin irritation, depilatory creams and balms continued to be popular over the years as safer chemical alternatives surfaced. In fact, the 1940s marked the beginning of the mainstream depilatory cream craze with the launch of Nair, a brand that continues to remain a hair removal icon.

Electrology
As knowledge of skin biology developed, scientists began to understand the inner workings of the hair growth process. In order to remove hair permanently, one must target and kill the follicle where the hair growth process happens. Galvanic electrology, developed in the late 1800s, was the first method to do this successfully. Hair growth was stopped by inserting a super-thin electrically charged metal probe into skin pores. The electric charge would then stimulate a chemical reaction, creating minute particles of sodium hydroxide at the base of the pore, which killed the hair matrix cells and prevented future growth. Unfortunately, complete hair removal in a treatment area can take up to four years. Surprisingly, the first use of electrolysis was not for aesthetic reasons at all. It was in fact first used to treat trichiasis, a condition in which eyelashes grow back towards the eye, touching the cornea.

Laser Hair Removal
As the most advanced method of removing hair, the cosmetic laser has revolutionized the way society approaches grooming. Instead of painstakingly treating each individual pore, lasers project an intense beam of light into entire patches of skin, affecting every pore in the target area. Melanin in the hair follicle absorbs the light, which is then converted to heat through a process called photothermolysis. This heat coagulates the surrounding hair-generating cells and effectively disrupts future growth.

A woman’s legs, underarms, and bikini region are among the most common areas where laser hair removal is requested. Hair in these regions actively grows for around four to six weeks and remains as mature hair for another six months until new hair grows and replaces the old. For laser hair removal to be effective, the laser must strike the hair follicle during the anagen phase. Because only a small percentage of hairs are in the anagen phase at one time, treatments must be spaced out every four to six weeks to successfully hit every hair as it enters the growth stage. Six to 10 treatments are required for maximum results.

The Fitzpatrick Scale
In order to perform safe and effective laser hair removal treatments, it is important to understand how skin reacts to the intense light of a laser. The aesthetic industry recognizes The Fitzpatrick Scale, developed in 1975 by T.B. Fitzpatrick, a Harvard dermatologist, as the most effective way to determine which treatment technique and type of laser is best for each individual client.

The Fitzpatrick Scale divides skin tones into six types. Clients with skin types one to three are ideal candidates for laser hair removal. While there is more risk of causing a burn when treating skin types four to six, it is still possible to provide safe and effective treatments with the proper training.

Industry education experts recommend performing test pulses with the laser at different levels of intensity on clients. This will inform the technician of the skin’s reaction to treatment. When test-spotting on skin types four to six, it is important to wait 48 to 72 hours before performing the full treatment. Skin tones of this variety often have a delayed reaction to exposure.

Learning the Ropes
Laser hair removal is a huge industry and everyone has heard about it, but for many there is confusion regarding who is able to perform the procedure. Contrary to popular belief, aesthetic professionals do not need to have a medical background to become a Laser Hair Removal Specialist. Training requirements vary from state to state, but typically range from eight to 14 days of combined classroom and clinical hands-on education.

When choosing a laser training school, it is important to do your research to ensure you receive the best possible education. This will not only provide you with better treatment skills, but will also ensure the highest level of safety for your clients. Here is a quick checklist of questions to ask a prospective school. If the answer to all of them is yes, then you will be able to start your educational experience with confidence.