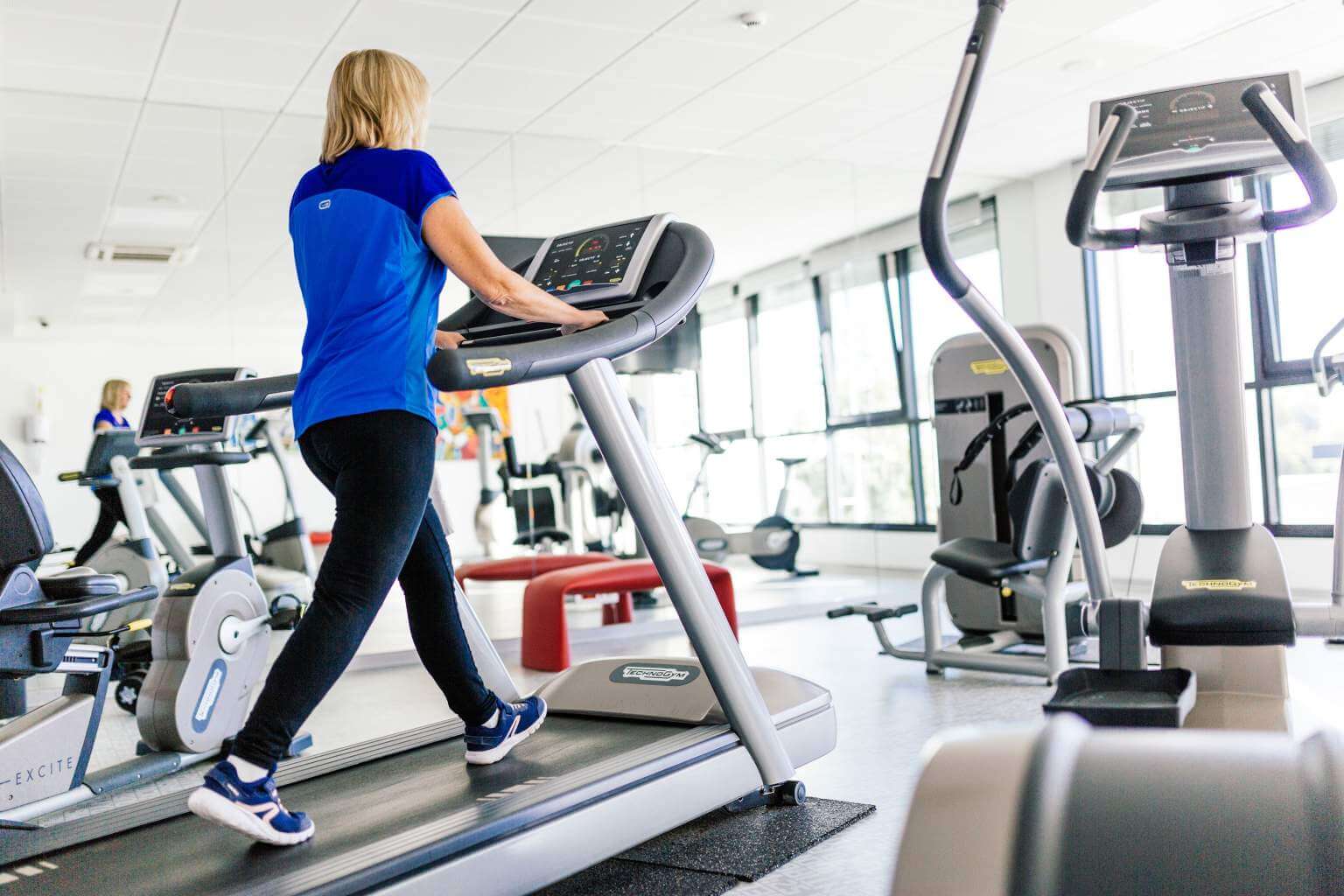 It’s been said there’s no stopping the wheels of progress and spa-related technology is no exception. Since the FDA approved the first cosmetic lasers for permanent hair reduction in the mid-1990s, the aesthetic cosmetic technology market including popular devices such as laser, intense pulsed light (IPL), radiofrequency (RF), ultrasound, microneedling, cryotherapy and high frequency has grown exponentially to include anti aging treatments, skin rejuvenation, scar reduction, acne treatments, cellulite reduction, body contouring and tattoo removal. Those early devices helped set the tone for the market as we know it today: one that’s technologically driven and highly competitive. As a spa or med spa owner/employee, staying on the cutting edge of technology is crucial to your bottom line.

What’s driving this technological bullet train? Several factors are at play: consumers are living/working longer, have less free time, are better educated about health (thanks to the Internet), and now inundated with social media images. Now, millions (not just celebrities and wealthy folks) want to look and feel their absolute best. Let’s take a look at how you can boost your spa’s revenues with the latest equipment and devices:

Science in the Spa

Nanotechnology is a buzzword across multiple scientific fields and while it sounds like something only rocket scientists might understand, it basically means really small stuff. To give you an idea of how small: there are 25,400,000 nanometers in just one inch. How does this relate to the spa? In several ways. For example, zinc oxide nanoparticles are already being used in some sunscreens, allowing manufacturers to produce formulas that are less white and chalky. Nanotechnology is being applied to short pulse lasers by pinpointing, say, an age spot with extreme precision, meaning the area can be treated with a stronger laser and less damage to surrounding tissue. Scientists are also working with nanotechnology in hair loss treatments in which lasers will deliver hair growth ingredients to individual follicles.

A breakthrough technology for treating age spots, sun spots and skin tags is CryoClear™, an extremely affordable freezing treatment for both service provider and client. This is particularly exciting because in the past, only dermatologists could perform freezing procedures. But with the latest freezing technology, aestheticians and cosmetic laser technicians can administer highly effective treatments (with an astounding 95% efficacy rate) at -79° C, getting the same results as dermatologists with less damage to healthy tissue. Carbon dioxide is delivered via painless, 5-10 second sprays to pinpoint treatment areas and can be used as a stand-alone treatment or with microdermabrasion and chemical peels for more stubborn treatment areas on hands, face and neck. Treatments are FDA Class ______ and start at about $80.

While nanosecond lasers such as the Q-switched YAG (FDA Class IV) are already in use, for example, to shatter tattoo pigment into small fragments, the newer picosecond lasers practically pulverize it. Picosecond proponents say that treatments are faster and more efficient at tattoo removal and a variety of skin rejuvenation techniques, however, some experts say that picosecond technology simply isn’t there yet. While picosecond side effects are generally mild and similar to nanosecond devices (swelling, pain, blistering, etc.), treatments run about 25% higher (about $250 to $550 per treatment). Consider these factors when determining whether to offer picosecond technology to your clients.

While there haven’t been recent, drastic changes in IPL technology (though it remains the gold standard for treating age spots, sun damage, rosacea, some acne types and more), IPL devices continue getting better and safer. There’s also a version of IPL that uses a broad range of wavelengths to target numerous skin conditions without the need for additional handpieces. One published Stanford study showed that this configuration can actually change gene expression associated with the aging process to more closely resemble young skin. Prices start around $100 for a small treatment area; up to $500 for facial IPL.

Ablative fractional lasers offer impressive results but their significant associated downtime means they’re not for everyone. Newer, hybrid* devices send wavelengths to both top and bottom skin layers for optimal results. Downtime with hybrid* fractional lasers is 4-7 days, depending on how aggressive the treatment is. For significant skin rejuvenation, a deeper treatment is given. Or, several lighter treatments can be given over time. Treatments can dramatically reduce sun damage, hyperpigmentation, uneven skin tone, enlarged pores, fine lines, scars and more. Average treatment cost: $500 to $1,500 and up (fractional lasers are FDA Class IV).

Radiofrequency (RF) technology has been around for many years but scientists are only recently discovering its role as an anti-aging and body contouring superstar. At lower to mid-range levels, RF increases collagen production and tightens skin. At higher levels, it decreases fat cells in body contouring treatments (see below). Side effects are typically minimal as is downtime, and treatments typically run $200-300 for lower to mid-range levels; up to $500 for higher levels. One important note: RF cannot be used on clients with any internal electrical or metal implants such as pacemakers, artificial joints or dental plates as it can actually interfere with or heat up those devices (generally, RF devices are FDA Class II but depending on the nature of delivery and intensity, it may vary).

Female Rejuvenation is one of the hottest procedures for women, especially those who’ve suffered from incontinence, dry intercourse, diminished pleasure and loss of confidence as the result of vaginal childbirth, menopausal or perimenopausal symptoms and/or the aging process. Internally, a radiofrequency (RF) handpiece may be used deeper inside feminine areas to revive atrophic tissue and other structures. Externally, it’s used to tone and tighten tissues. After just one to three treatments, spaced one month apart and requiring no anesthesia, results are noticeable and long-lasting and sexual activity may be resumed in zero to three days. When nonsurgical Female Rejuvenation was introduced using a CO2 laser, only OB/GYNs offered the procedure. But with the addition of RF in devices, the treatment will soon be performed in many states by aestheticians and cosmetic laser technicians (radiofrequency devices are generally FDA Class II; see RF section above). Treatments cost about $1,000 to $1,300 and typically three treatments are recommended, making it significantly less expensive and risky than surgical options.

Ultrasound bypasses the skin’s surface, going deeper than most traditional laser treatments and using the body’s own regenerative response to gently and gradually firm and lift lax skin on the eyebrow, under the chin and on the neck, as well as smooth out lines and wrinkles on the décolletage. Many clients report a noticeable improvement after three months and while some experts argue that results aren’t as dramatic as a surgical facelift, those in favor of the treatment say they’re more natural-looking. There’s no downtime with ultrasound and side effects are typically minimal. Ultrasound treatments average about $3,000 and many clients need only one treatment (ultrasound devices are FDA Class II-III).

Not so long ago, body shaping meant surgical liposuction but thanks to improved technology, nonsurgical fat reduction is now in high demand. Body shaping devices include:

Numerous studies have shown that one of the best ways to improve skin’s tone and texture is by stimulating the body’s own healing process. Microneedling delivers tiny needle pricks to the skin’s dermis—causing minor damage—and overall results are both impressive and long-lasting. Whether a client wants to decrease the appearance of wrinkles, lift sagging skin or diminish acne scars, microneedling is gentler than many other forms of skin resurfacing, encouraging collagen production while reducing hyperpigmentation and other signs of aging. Considered a non-ablative treatment, microneedling treats deeper levels of the skin without removing the top layer. Side effects experienced with microneedling typically subside in 24-48 hours and include swelling, stinging, itching, and tightness of the skin and treatments cost between $200-$400. Microneedling is FDA Class ____. Additionally, many med spas are now offering microneedling alongside Platelet-Rich Plasma (PRP) therapy, in which a small amount of the client’s blood is drawn and placed in a sterile tube, spun in a centrifuge to separate red and white cells from platelets and plasma (clear fluid), then injected back into the skin to grow new collagen, soften sun damage and smooth and tighten skin. Also known as the “vampire facial” (made famous by Kim Kardashian), it’s an effective treatment in correcting common age-related skin concerns such as dark circles under the eyes, fine lines, sagging, decreased firmness and uneven tone. Cost for microneedling plus PRP is an additional $200-$350.

A more aggressive version of microneedling introduced in 2015 (and used in medical offices) delivers radiofrequency energy through needles to internally boost collagen, elastin, and hyaluronic acid. It can lift sagging jowls, define the jawline, tighten loose skin, and temporarily eradicate marionette lines. Part microneedling/part RF, early results are impressive and client satisfaction is high, and prices range about $3,500 per treatment (though one treatment may be all that’s needed). Clients typically experience swelling and can resume normal activities after 24 hours. FDA Class ______???

Other Exciting Treatments and Aesthetic Advancements

There’s promising news for those suffering from superficial birthmarks and even more deeply pigmented lesions such as port wine stains. Lasers can now be used to lighten and remove birthmarks, however, in children, it’s important to treat them as early as possible and generally, a topical anesthetic is required. Birthmark lasers are FDA Class _____ and treatments start around $300-$700.

Another treatment in med spas that’s gaining attention is for the double chin—until recently, getting rid of this problem area meant liposuction and if necessarily, surgical skin tightening. In 2015, the FDA approved Kybella as a non-surgical injectable for reducing moderate to severe fat on the upper neck. Injections contain a naturally occurring molecule, which eats away at fat cells and leaves skin substantially tighter and the jaw more defined and contoured. Almost 70 percent of research participants noted both physical and emotional improvement after treatment—many beauty experts are calling Kybella “the next Botox” and several cosmetic laser companies will soon roll out new devices to treat submental chin fat as well (in fact, a chin piece was recently introduced). Kybella injections cost about $1,200 with three treatments typically needed.

While it requires effort to stay current on spa devices and technology, it’s an investment that’s well worth your time. It’s equally as important as staying on top of safety issues, contraindications and changes in cosmetic technology operating regulations for the state in which you reside. All of these things will keep your job skills razor sharp, your spa reputable and your bottom line ahead of the competition.

Think this article is interesting? Share it with a friend!

Louis “The Laser Guy” Silberman is CEO of National Laser Institute, a national cosmetic laser and medical esthetic training center founded a decade ago, and owns medical spas in Scottsdale and Dallas. He’s the author of Make It Happen Online and a motivational marketing speaker. Silberman created the sixth most visited health/beauty website and was a semi-finalist for the Ernst & Young Entrepreneur of the Year Award 2014. Contact him at louis@nationallaserinstitute.com.